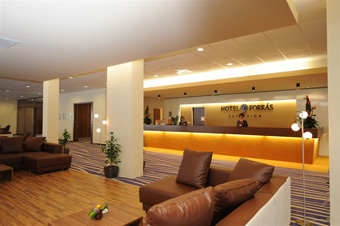 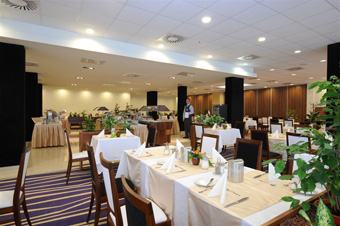 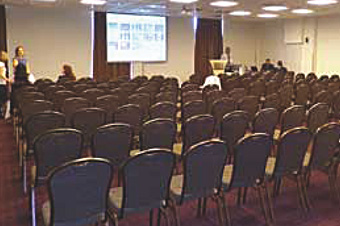 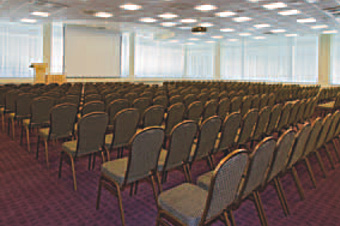 The official language of the Conference is English.

Szeged, the third largest city in Hungary, is situated at the southern border, close to the place where river Tisza leaves the country. The river divides the city into two parts. The one called "new" Szeged is a residential area, while the "old" part holds the administrative centres of the city and the region as well as the majority of the university buildings. These buildings are not in a separate campus at the edge of the city, but spread in and near the centre making the whole city a campus. The number of inhabitants is 170,000.

In spite of the relatively large number of people living in the city, it is quite compact. Even though it has a well-developed colourful public transportation system (trams, buses, and trolley buses in many lines) the city may be crossed within half an hour even on foot. The main profile of the city is serving the university. It is not very surprising that many cinemas, a full theatre (having drama, opera as well as ballet sections), large open air theatre operating in summer, a rich museum, many restaurants, bars, clubs and cafes are found in the city. There are many festivals organized both during the semesters as well as in summer. The very pleasant Mediterranean climate largely favours open-air events.

Szeged is an easily accessible city. Although those who are coming by plane should land in Budapest (the capital of Hungary), however, there is train station at terminal 1 to be reached by frequent local bus (200E) from terminal 2, where trains to Szeged can be caught in every hour. Alternatively, car may be rented at the airport and M5 motorway leads to Szeged. This motorway may be used for those who are coming by car from the west, north and south, while the M43 motorway may be the choice for those coming from the east. For those loving buses frequent coach services may be offered starting from Budapest.

Travel from Budapest Airport to Szeged by train

From Budapest Airport to the Ferihegy railway station in Budapest

The planes land at Terminal A or B; they are of walking distance from each other, and serviced by the same bus stop, and taxi ranks.
The closest train station to Budapest Airport is Ferihegy station, with trains operating to and from the Nyugati railway station in Budapest. From this station there are direct train connections to Szeged.

Please check for the timetable on the site https://www.mavcsoport.hu/en (departure is Ferihegy destination is Szeged). We recommend the IC trains which runs every hour.

From the airport you can easily reach Ferihegy railway station by public transport or taxi.

Bus 200E takes you to the Ferihegy station (5th stop from Liszt Ferenc Airport 2 station, please get off at Ferihegy vasútállomás station).
Tickets can be bought in advance at the airport terminals, kiosks, vending machines (they are frequently out of order), and they are valid for all kinds of transportation. Buying them in tens or twenties is cheaper (they are called “gyűjtő”). Tickets can be bought on the vehicles (except on metro trains), but they are more expensive than buying them in advance.

Takes you directly to the railway station. Watch the meter, occasionally, the drivers trick the passengers, especially the foreigners.

From the Nyugati railway station to Szeged

Szeged is serviced by trains in every hour. The duration of the trip is 2 h 22 min. The trains are so-called mixed trains. The last two or three coaches are called intercity coaches and seat reservation is required beside the regular ticket (which must be bought in advance, e.g. at the ticket office of the station). For the other coaches there is no seat reservation, but an extra so-called fast-train ticket has to be bought together with the regular ticket (complicated is it not?). Nevertheless, the intercity coaches (thus seat reservation) is recommended.

It is possible to check the time table on the internet. Go to https://www.mavcsoport.hu/en, and choose information in English. We recommend the IC trains. There are some trains listed there beside the mentioned ones; do not take them, they are very slow, occasionally, the trip may last for more than 10 hours.

From Szeged railway station to Hotel Forrás take tram 1 or 2 and get off at Széchenyi square . The hotel can be approached with bus Nr. 71 that starts from the main bus station Mars square. You have to get off the bus at „Napfényfürdő” bus stop, which is the first stop from Széchenyi square. Tickets can be bought in advance (at the exit, downstairs) or on the tram (although it is more expensive there), in tens (gyűjtő) it is cheaper.

Getting to Szeged by car

From Budapest Airport The airport is serviced by many of the major car rental companies. Any kind of car can be ordered even on the internet. Starting from the airport, follow the Szeged and/or M5 sign. First, you get on M0 (the outer ring motorway). Keep following the Szeged and/or M5 sign, and after about 15-20 minutes you will be led to M5 (motorway 5), and choose Szeged as the direction. Depending on your speed (and traffic) it takes about one and half hour to get to Szeged. There are two exits to Szeged, both are good. For moving in the city and finding the hotel and the conference venue, you should check the map of Szeged, available on the internet. Note that Szeged is not a huge city, the street structure is a ring-avenue system. There are two rings and all avenues go to the city centre. For visual navigation, look for the twin towers of the cathedral, they are well seen almost from everywhere.

Arriving from the direction of Vienna (Austria) Use M1, then M0 near Budapest following the Szeged and/or M5 sign. Keep doing this, while you are on M0, and you will be led to M5 towards Szeged. From there, please, see above.

From the direction of Bratislava (Slovakia) Use M15(E75), then M1, and for the rest, please, see above.

From the direction of Ukraine Use M3 towards Budapest, and for the rest, please, see above.

From the direction of Oradea (Romania) Use 42(E60) until you arrive at Berettyóújfalu, then take route 47 towards Szeged.

From the direction of Arad (Romania) Use M43, and enter the city at any exits. For the street-structure of Szeged, please, see above.

From the direction of Novi Sad (Serbia) Use M5, and exit at Szeged. For more details concerning exits and the street structure of Szeged, please, see above.

From the direction of Zagreb (Croatia) Use M7 towards Budapest, then M0 following the sign of Szeged and/or M5. For the rest, please, see above.

From the direction of Slovenia Use M70 towards Nagykanizsa/Budapest, then M7 towards Budapest. For the rest, please, see above.

From the direction of Graz (Austria) Use route 8 (E66) towards Budapest, then take M0 following the sign of Szeged or M5. For the rest, please, see above.

Attention! The motorways are tollways. Electronic tickets must be bought. This should be done at the closest gas station to the border. There are several varieties, they can be valid for a week, a month, etc., of course, the prices vary with the length of validity.